The McConnell is a conceptual proposal for a market rate 10 story mixed-use development at the McConnell Silver Line BRT station. The principle structure would be seated behind the fueling station at Wealth & Division. If constructed the McConnell would be Grand Rapids' first Transit Oriented Development (TOD).

Note: All images other than the zoning map are from the presentation distributed at the public meeting on 2022-09-07. 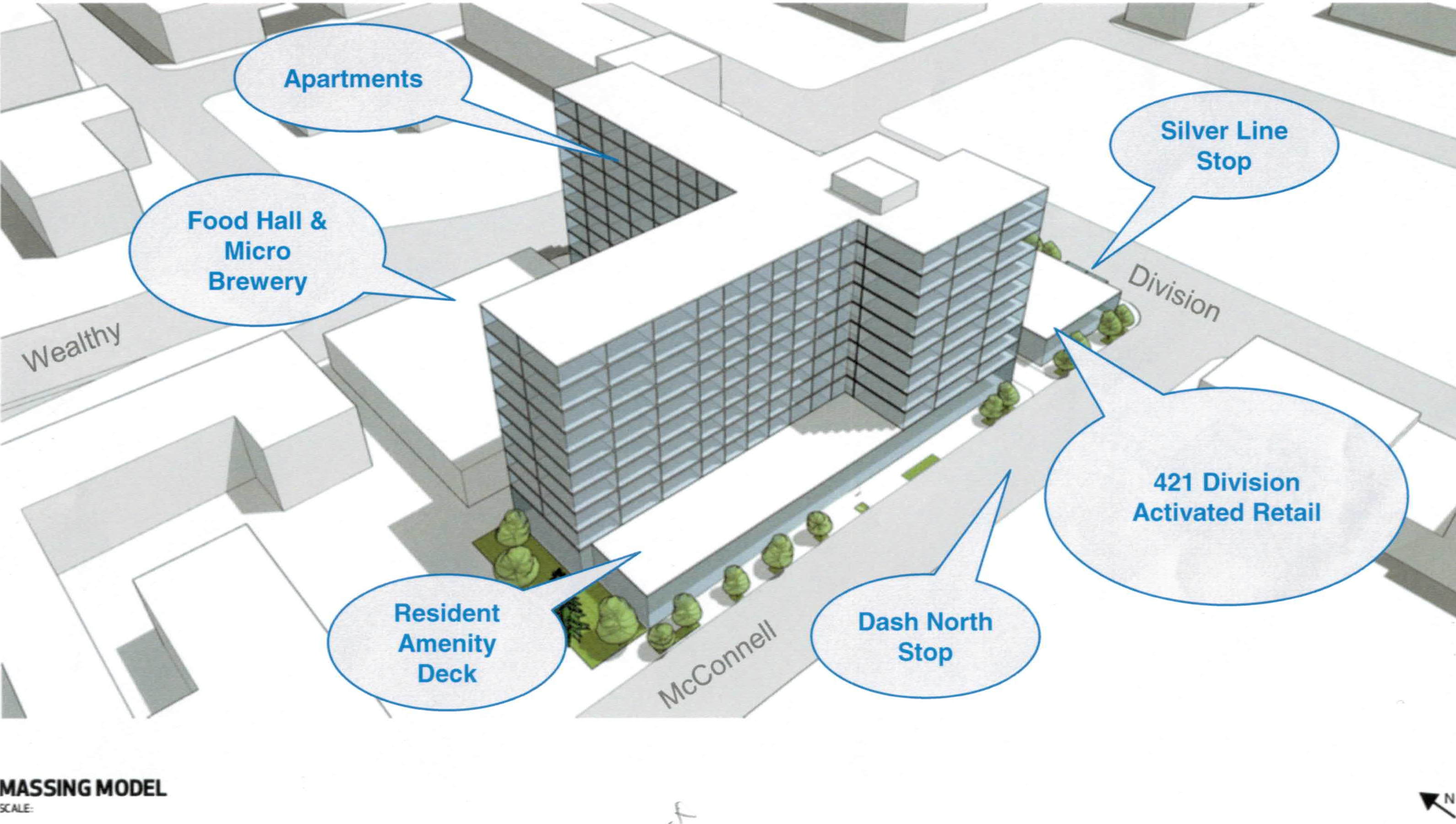 The catch? The City Commission's Zoning Ordinance does not allow for a 10 story building adjacent to a ~$44,000,000 Rapid Transit Project. Also the site sits in the Heartside Historic District. The principle parcel (41-13-36-228-003) would require rezoning. The current zoning - Traditional City Center (TCC) - only permits four stories adjacent to the $44,000,000 transit investment. The City Commission would need to rezone the parcel as City Center (CC) to match the zoning to the north of Wealthy St. The current public engagement is to measure the community's resistance to such a rezoning. If the parcel were to be rezoned - before the economic tides shift enough that investors lose interest - the project would then have to face the Historic Preservation Committee. Given the givens, will Grand Rapids finally see Transit Oriented Development? We will wait and see. It has been over eight years since Michigan's first rapid transit service - the Silver Line - began operation on Monday, August 20th, 2014. 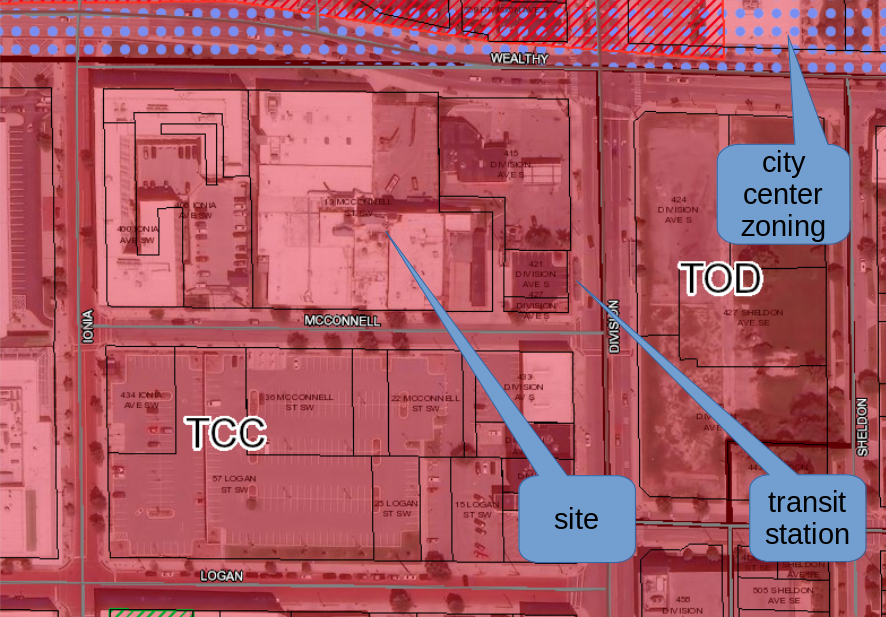 The project would preserve the existing two story industrial building on Wealthy St for the food hall & brewery/distillery. A new low-rise building would be constructed on the parking lot on Division St. The remainder of the site would be the footprint of the 10 story structure. 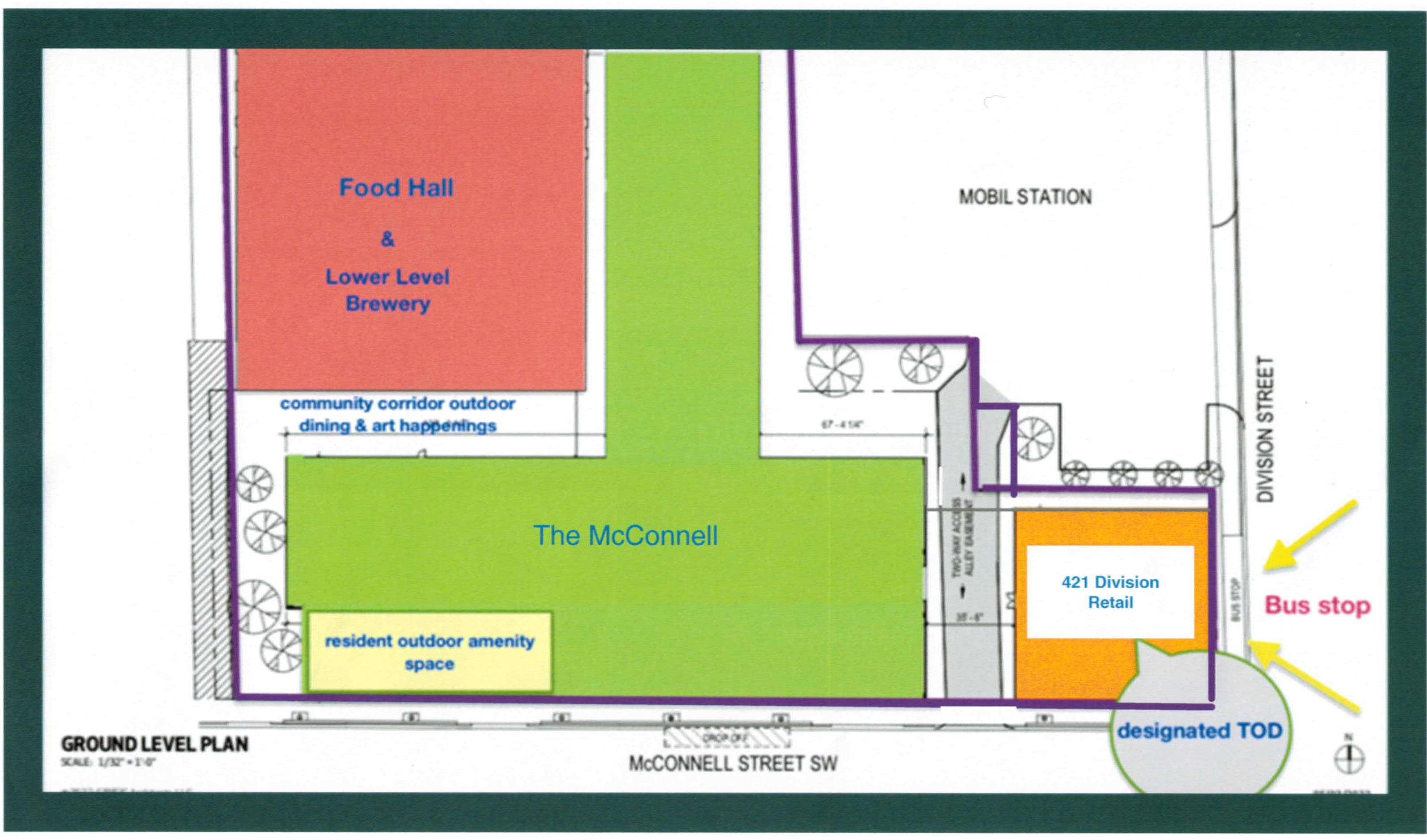 The developer has experience in the Grand Rapids market; they developed the Boxboard Lofts at 470 Market Avenue SW. 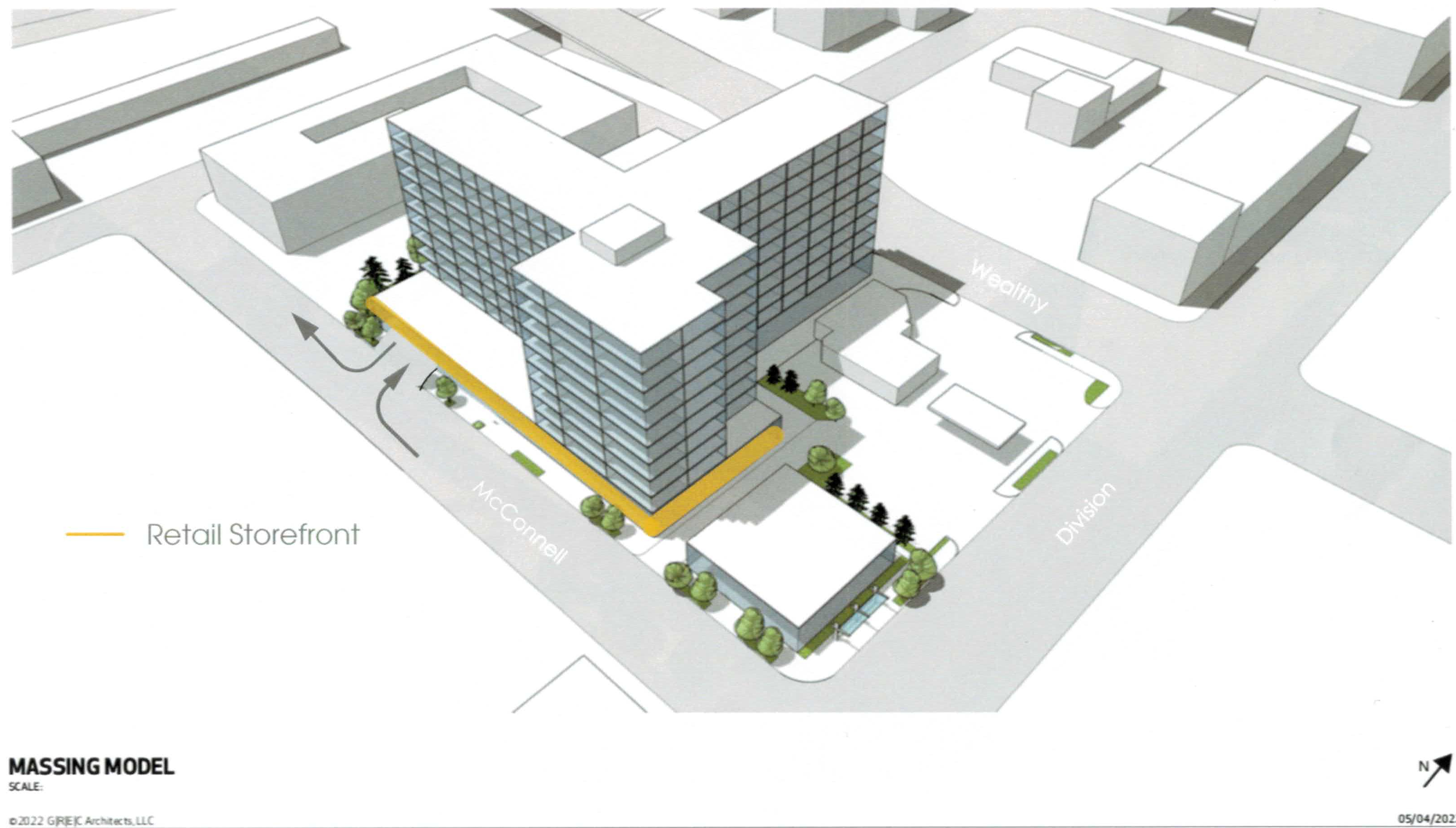 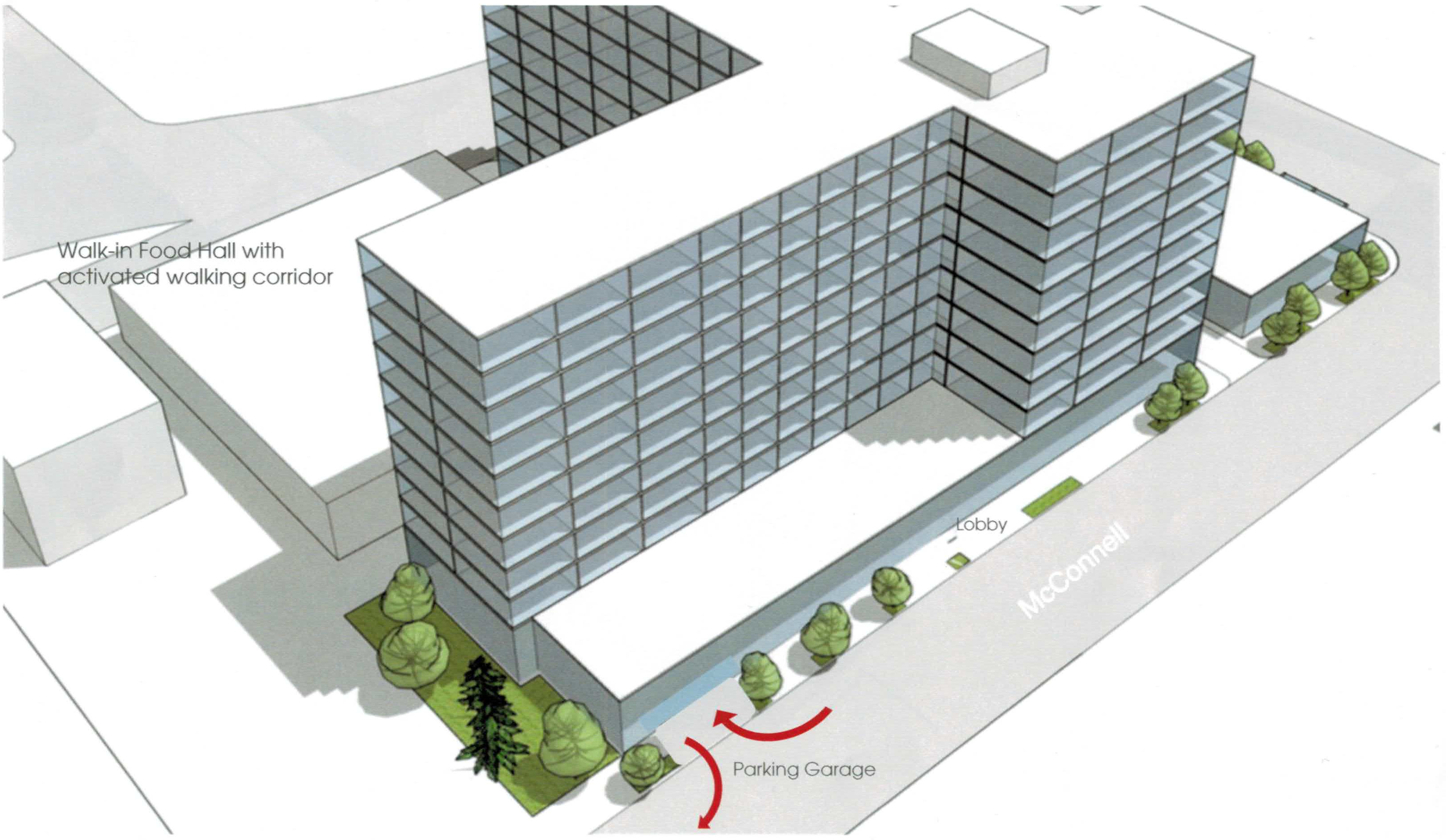 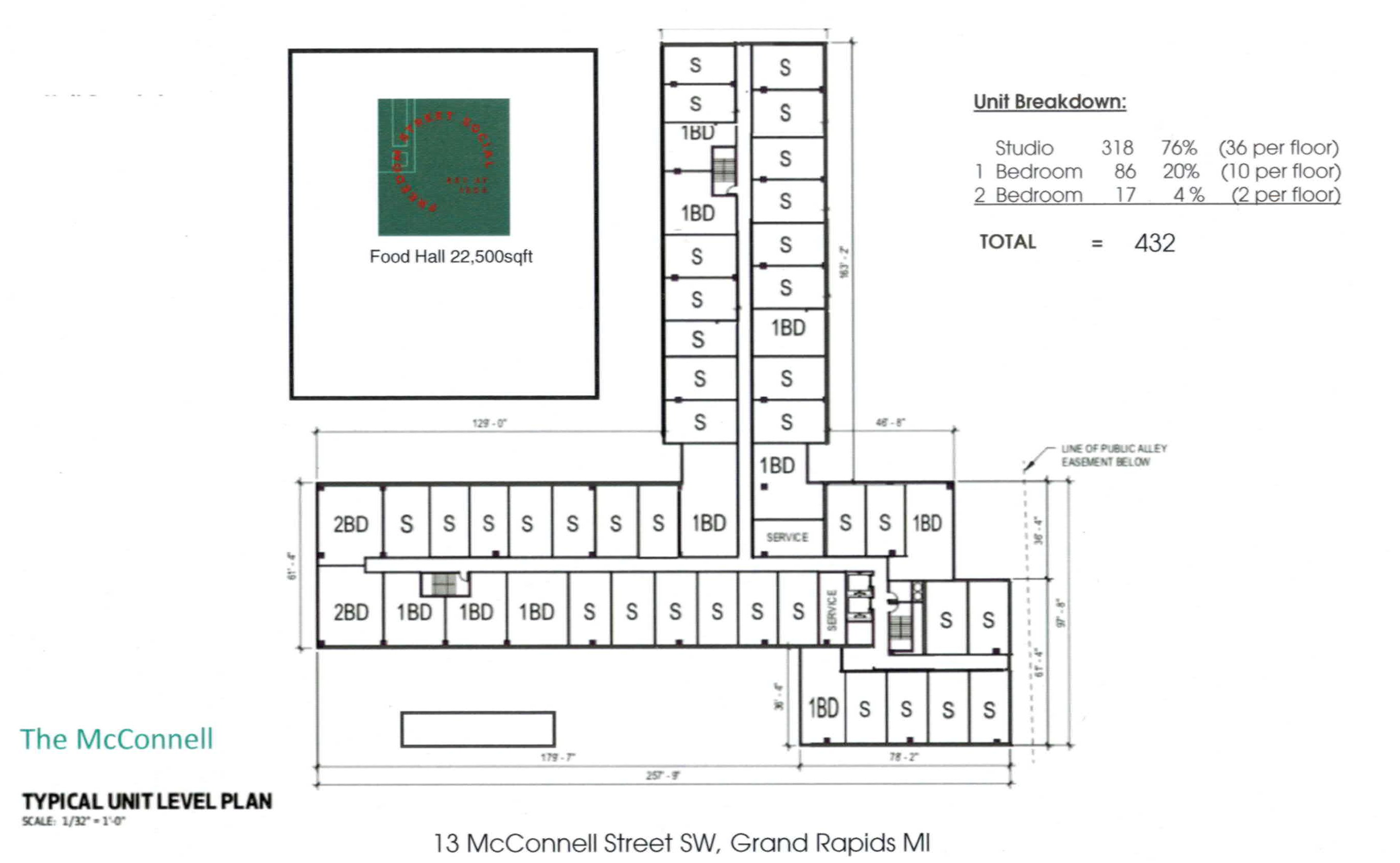